Blog
You are here: Home1 / Blog2 / Social Media Marketing3 / What Are Hashtags and Where Should I Be Using Them?

I know that hashtags can be confusing for folk so, in this blog, I want to talk you through what they are, why you should be using them and how they can be useful for your social media marketing strategy.

What is a hashtag? 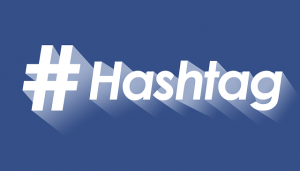 A hashtag is a word or phrase preceded by a # sign to draw attention to what you’re saying. #socialmediamarketing is one I commonly use as I often tweet about social media marketing, for example.

Hashtags can be used for a variety of reasons, such as

Hashtag hours are a common occurrence on Twitter, where everyone uses the same hashtag for an hour to have a group conversation with each other, like #UKBizLunch and #DerbyshireHour.

Another case where you might have seen hashtags is Twitter awards. #SBS is a competition run by Theo Paphitis called Small Business Sunday to raise awareness of and support small businesses in the UK. Other awards include #WOW for Women in Business, #SmartSocial and #QueenOf or #KingOf amongst others.

Why should you be using hashtags in your social media marketing?

Twitter have said that tweets using a hashtag increases engagement by 100% if you’re an individual (50% if you’re a brand) and Buffer have found that tweets with hashtags are more likely to be retweeted than those without.

But what about hashtags for other social media channels?

Instagram is the other key platform for using hashtags. Here it’s all about getting your photos discovered by the audience that you want to see them, and the more hashtags the better! It’s generally recommended to use around 10 to 12 hashtags for the most engagement rather than the two or three we’re used to seeing with Twitter.

You can use hashtags on Facebook, LinkedIn and Pinterest, but there’s mixed feedback on how successful they are. I personally believe they don’t work on Facebook and shouldn’t be used there.

For me, the main reason you should be using hashtags is because they help you get found.

When people use that search box, using the right hashtags can propel your tweet or post to the top of those results, getting you in front of your ideal customers. Whether it’s by joining in with conversations around a topic or during a Twitter hour, or just to help people see at a flash what it is you can offer to them.

Do’s and Don’ts of using Hashtags 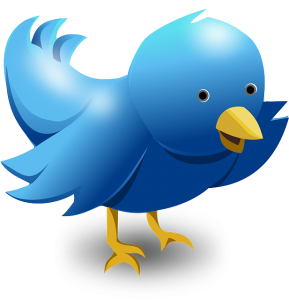 There is a right and a wrong way to use hashtags, but don’t worry. It’s fairly simple and straightforward!

All words should be joined together as one or it’ll only be the first word that counts as the hashtag, so it’s #SaxtonMarketing rather than #Saxton Marketing.

Punctuation and other special characters don’t work in hashtags, and they aren’t necessary.

With the @ and the # next to each other on a UK keyboard, it’s easy to get the two mixed up when typing, the last thing you want to be doing is tagging someone else into your post. So do check that it’s a hashtag.

4 – Do proofread your posts

With that in mind, make sure you proofread your tweets and posts. This is why writing and scheduling in advance can be so helpful, as you can upload in one go and review them with a fresh mind for any errors.

5 – Don’t over complicate your hashtags

Avoid technical terms, jargon and lots of words in a phrase. Short and simple is best, so it can be read and processed easily on a cluttered phone screen. It doesn’t really matter if you use lower case or capitals.

You can use the number 4 rather than writing out four, this saves on characters for Twitter and can make it easier to read online too.

Rather than just using #socialmedia go for #socialmediatips or #socialmediastrategy. The more specific you can be, the more interaction and engagement you’ll get from your post.

How to build a successful hashtag strategy

Hashtags should be unique and specific to your business, so you’ll need to experiment with things a little to find the right strategy for you. There are a few things to look out for though.

Trending hashtags are a great opportunity to reach new people through your posts so long as it is relevant to what you do, where you are based or to you personally. It has to make sense to your followers that you are tweeting about this topic, rather than being seen as “jumping on the bandwagon”.

Remember that you should be relaxed and informal on social media.

You’re aiming to have a direct conversation with your audience, so act like you would if you’re meeting them for a friendly cup of coffee. Don’t be too formal or use jargon, it just doesn’t work. So carefully consider which hashtags you use too.

Review your insights and social media analytics to see which posts have performed well and spot any hashtags that work particularly well for you. Use these to build up your own library of “go to” hashtags you can pick and choose from when creating new posts.

Hashtags can be a fun and interesting way to give your social media posts some added bounce and traction with your audience, so give them a try today. If you’re unsure how to get started, do get in touch with me for a friendly chat on how I can help.

Want to join the discussion?
Feel free to contribute!

How To Generate Video Marketing Content For Your Business

Saxton Marketing and Small Business Sunday, What It Means To Be A #SBS Winn...
Scroll to top
XWe use cookies on our website to give you the most relevant experience by remembering your preferences and repeat visits. By clicking “Accept”, you consent to the use of ALL the cookies on our site. However, you may visit Cookie Settings to provide controlled consent. Read MoreRejectAcceptCookie Settings
Cookie Policy